A FEW WORDS FROM RACH LYNCH

A Few Words from Rach Lynch

My views on the relationship between team goalkeepers have naturally been shaped by experiences throughout my career and the influence of people I have played with and been coached by.

The psychology of goalkeeping is multidimensional. It’s not an easy position by any means and the mental game can often be more important than any physical or technical aspect. I decided to explore the topic of competition and the relationship between team goalkeepers.
Goalkeepers spend more time together than any other position on the field. You know the ins and outs of that person, their technique, their weaknesses, their preferences, how they call, what gear they prefer and so on. Just like in a work place you must be able to work well with this person or it will become a very uncomfortable environment.

Other than at a junior level, most teams will have two goalkeepers. In some clubs, training academies and at the top level, there are anywhere from two to five goalkeepers competing for one spot. Unlike other field positions there can only be one goalkeeper on the field at a time. Some coaches may play a different goalkeeper each half but generally one keeper plays. The rules of hockey state that 18 players can be listed for each game and due to the chance of injury usually two goalkeepers will be picked.

In a training environment it is a good thing to have more keepers as it keeps things competitive. You can push each other. If you are training by yourself you can become lazy and complacent which is never good for a team. I have been fortunate enough to have played my whole international career with exceptional goalkeepers. When I first debuted for Australia I was playing alongside Rachel Dwyer (nee Imison) who is someone I have idolised ever since I started keeping. She taught me many things in the five years we played together for Victoria and Australia, not just hockey wise but also about how to be a well rounded athlete and person. Rach was an extremely professional athlete who pushed herself to the limit with everything she did and was never afraid to share her knowledge and help others along the way. It would have been very easy for her to keep it all locked away knowing I was competing for her spot but this was not the case. If she saw an opportunity to teach me something she took it and I really admired her for that. Rach retired after 2008 and will always be known as one the best keepers the world has ever seen.

The dynamics amongst the Australian women’s goalkeeping group has certainly changed and evolved over the eight years I have been involved. Usually in the Australian squad we train as a group of three or four keepers. During those eight years I have spent my fair share of time on the bench or left back at home while the team tours. In 2008 I did not play a single game before the Olympics and in 2012 only played three, yet I trained day in day out with the two other keepers who were getting picked- It was very difficult! But I have been on both sides of the spectrum and so it is these times that make you really appreciate your selection and strive to be better. You learn very quickly that non-selection is not something you can blame the other goalkeeper for. You will be angry and disappointed yes but if you have any bitterness towards the other keeper then you will never be able to train and work harmoniously. 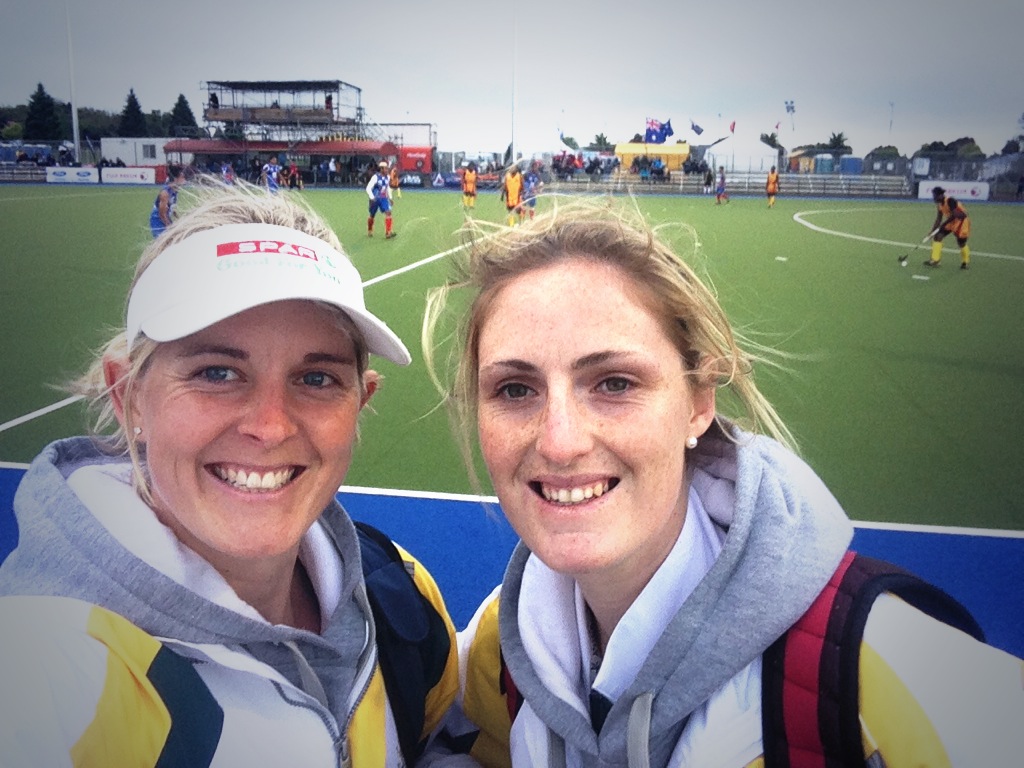 As with all team sports you must keep in mind what is best for the team. There will be times where you may be in the form of your life yet still do not get picked. Here is when you can take comfort in the fact that you have pushed the other keeper to be better and the decision made by the coach is in the best interest of the team.
My view on it all: it is about having respect for the other keepers, helping each other learn and improve but never losing that competitive drive to be the best. The hours you put in on the training track gets you in the best shape and form possible so that when the time comes to play you are ready. If on that day you are not picked’ then the priority becomes supporting the keeper or keepers who are, whilst ensuring you are ready to go should the situation change.

Id love to hear others thoughts on the topic. Please feel free to share them below 🙂